The museum “Kharkiv-2012 — Forever” opened on the 1st floor of the hotel. The exhibition highlights a significant page in the history of our beloved city Kharkiv — football Championship UEFA Euro 2012. 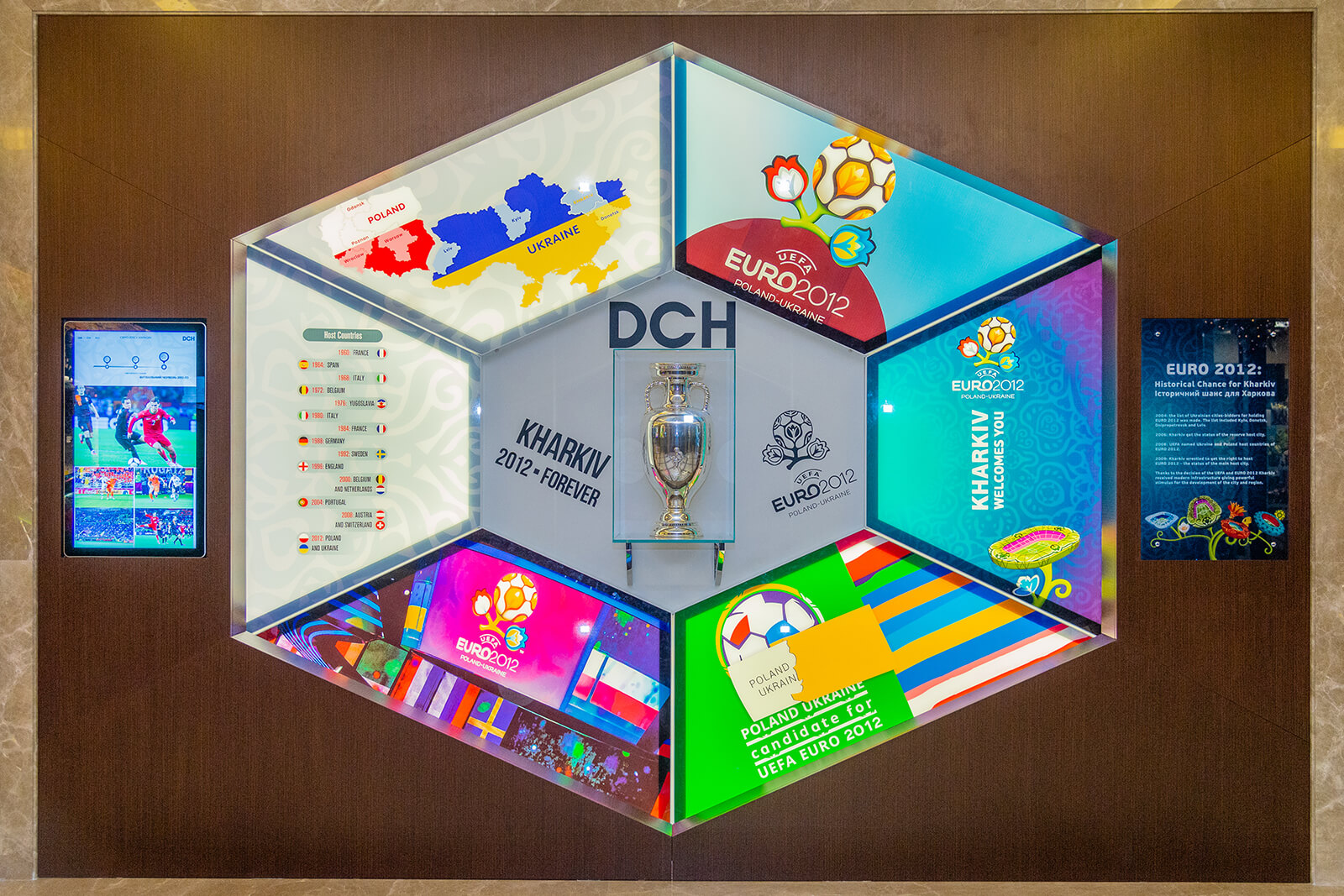 The museum exhibits an exact copy of the main trophy wanted by the strongest football players of the continent — the UEFA Cup. It has been delivered directly from the Union of European Football Associations headquarters in Nyon, Switzerland. By the means of interactive technologies and augmented reality, anyone can experience the matchday atmosphere at the stadium and the main infrastructure facilities. Historical photos and videos, tournament highlights are displayed for museum visitors. An interactive photo panel was installed in the hotel lobby, offering to take memorable pictures with Ukrainian football celebrities. 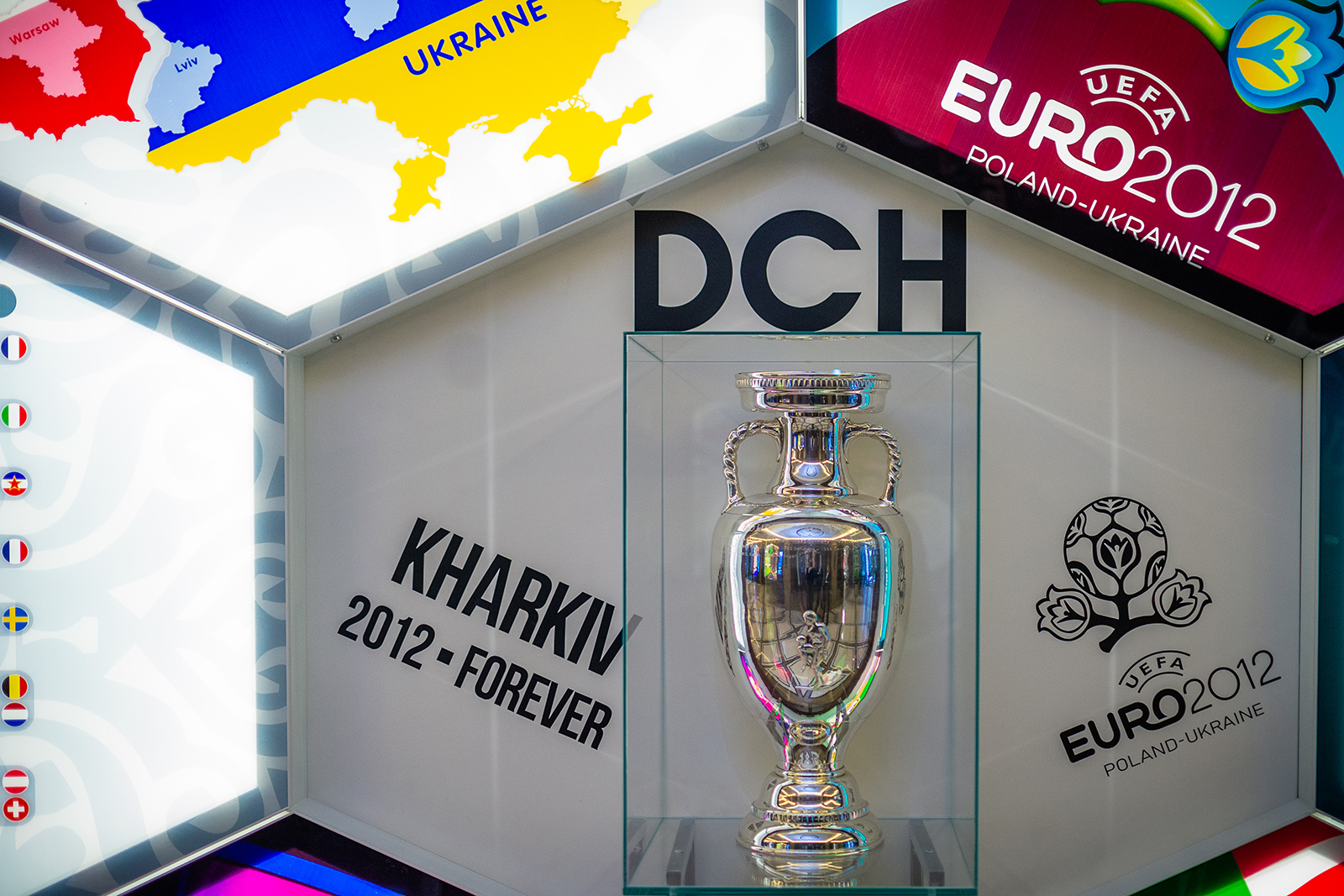 The museum has been officially opened by the president and owner of the DCH group, Alexander Yaroslavsky, on his 60th birthday. He noted: “Exactly 10 years ago our wonderful dream began to come true – to give Kharkiv the right hosting a prestigious international tournament. On December 5, 2009, the first match was held at the new Metalist stadium, and our faith in success gained tangible features. It had been a difficult and stressful period, though a powerful and fascinating challenge for all who put their efforts into the future of Kharkiv, its fundamental renewal. Kharkiv infrastructure serves the city and keeps developing, giving a fundament for the next breakthrough. I am sincerely grateful to everyone who believed in Kharkiv’s potential and actively supported our ambitious endeavor. ” 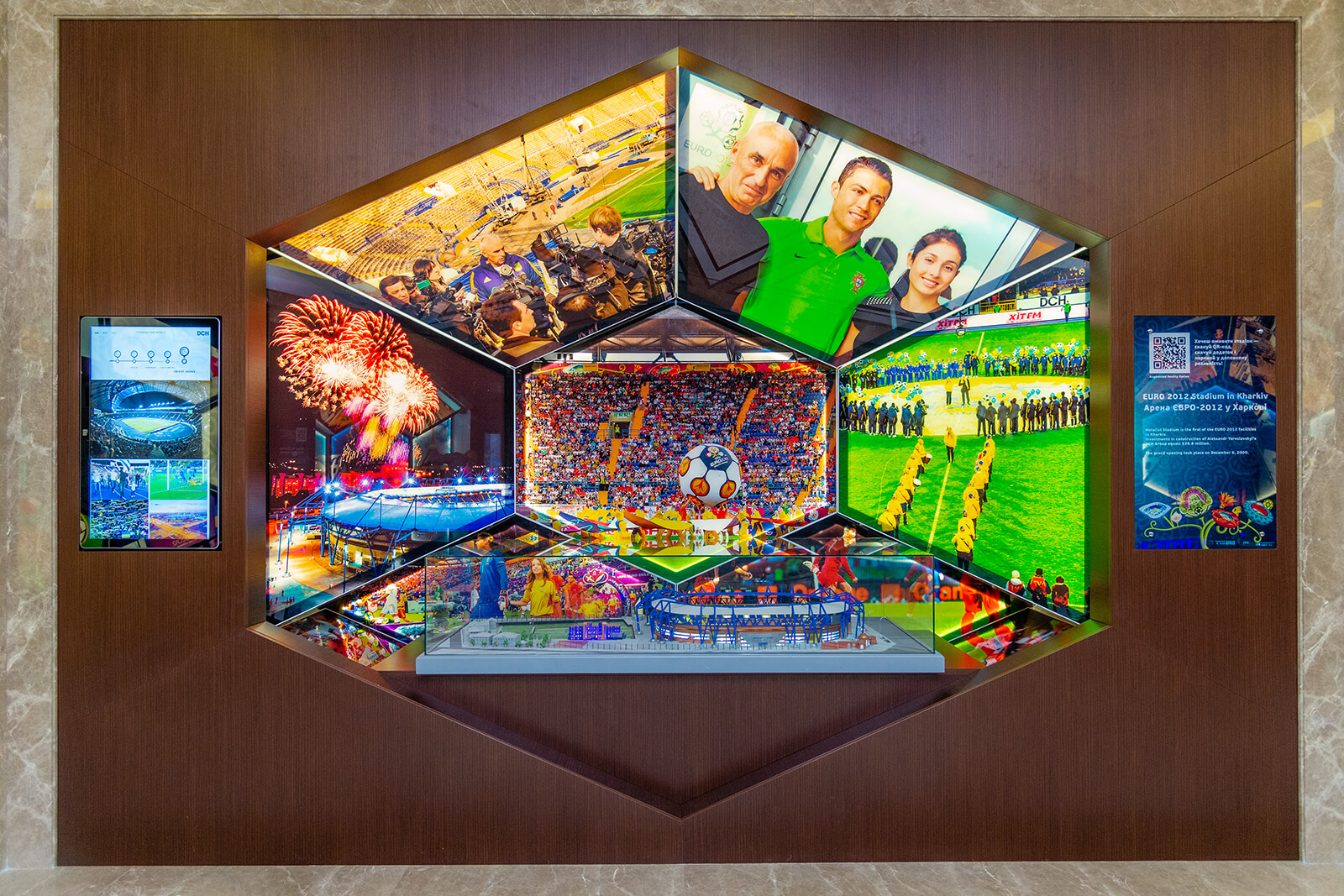 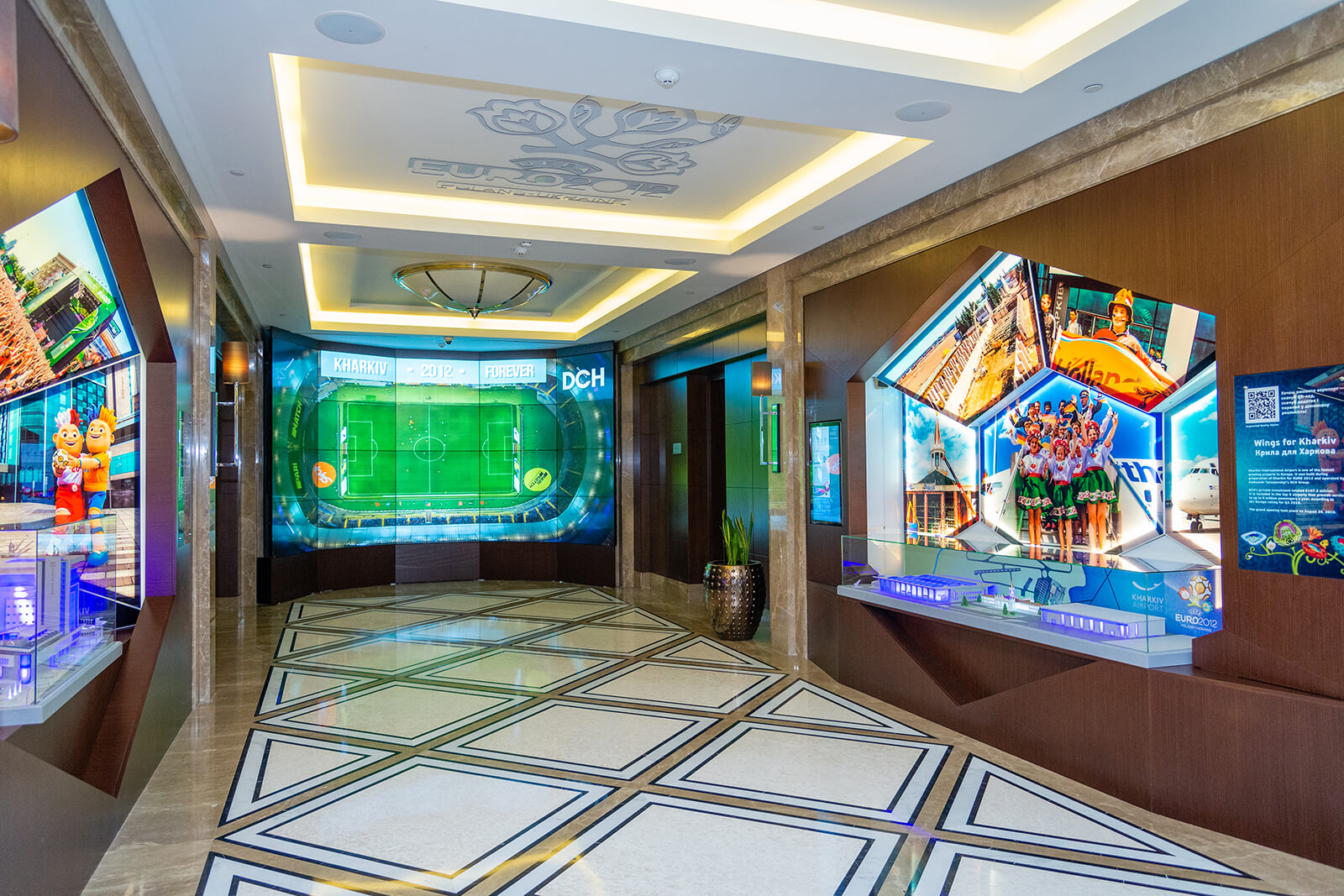 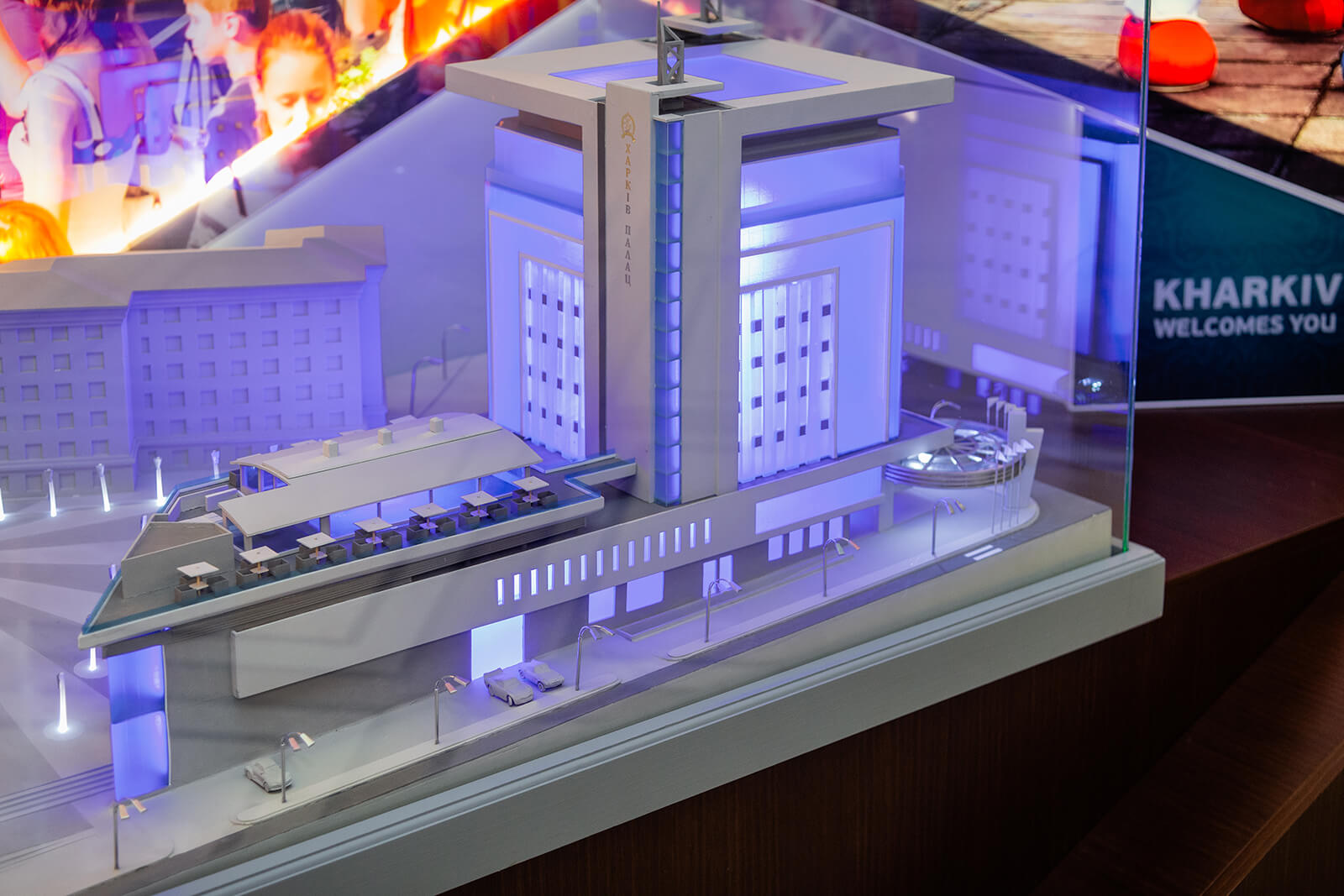 Welcome to the interactive museum of UEFA Euro 2012 in Kharkiv!

We have prepared a bright entertainment program for the holiday on March 8 - on this day you will definitely not be left without men's attention!
International Women’s Day at The Terrace Restaurant

Celebrate spring on March 8 at The Terrace Restaurant! 💐
Birthday gift

We have prepared a special offer for birthdays: it's like a usual stay, but it includes a cake and dinner in a restaurant!
Only for girls

We will organize the best bachelorette party for you!
Fish fair

Women's Day is just around the corner - time to plan how you'll spend it!
The Business Lunch Menu

When every minute counts, and all tasks require a lot of effort, choose our full and hearty business lunches. This special menu is available from 12:00 until 15:00 at The Terrace Restaurant.
Enjoy unlimited breakfasts with the sparkling wine at Pacific Spoon on week-ends

You can completely reborn and restore tone not on secluded islands, but in Kharkiv Palace SPA - in the place of relaxation in the heart of Kharkiv.
Give care to your loved ones!

We are sure that you will like in Kharkov and to live in Kharkiv Palace Hotel and you will want to stay longer. That is why stay with us on the fourth night for free!
Our special offer
Wedding Night at the Palace

Start your new life in the lap of luxuriously! Make your wedding night a special one featuring a luxurious room with romantic décor, champagne, a massage for two, breakfast in bed and more!